The Eiffel Tower (French: Tour Eiffel) is an observation tower and Paris' no 1 landmark, as well as an internationally known symbol of France and by far the most famous wrought iron construction in the world. The Eiffel Tower is named after its designer and engineer Gustave Eiffel. It is a famous tourist destination with over 5.5 million visitors each year.

When the tower was built, many people were shocked by its daring design. A common criticism of Gustave Eiffel's design was that it was a failed attempt to create a building without taking into account the general rules of engineering. Eiffel and his designers were recognized as bridge constructors and understood the importance of wind effect on very large structures. They knew that if they would build the tallest building in the world, they had to be absolutely certain that it could withstand the wind. Eiffel himself explained in 1887 that it was the understanding of the wind effects that was the most important parameter for the design of the tower. The curved shapes, his team gave the tower was according to his own calculations the best protection against wind impact. It is not known with certainty what calculation Eiffel had used.

The Eiffel Tower was constructed with puddled iron, a kind of wrought iron. The puddled iron (wrought iron) of the Eiffel Tower weighs 7,300 tonnes, and the entire structure, including non-metal components, weights approximately 10,000 tonnes. A cubic box surrounding the tower (324 m x 125 m x 125 m) would contain 6,200 tonnes of air, weighing almost as much as the wrought iron itself. Depending on the ambient temperature, the top of the tower may shift away from the sun by up to 18 cm (7.1 in) due to thermal expansion of the metal on the side facing the sun.

The Eiffel Tower was built for the World Exhibition in 1889 as a tribute to the 100 years celebration of the French revolution. The tower was met with some resistance from the public, as many felt that the tower would disfigure the cityscape.

On March 31, 1889 could mr. Eiffel could raise the tricolor (the French banner) on the top of the tower. The first visitor was the then Prince of Wales (Edward 7th), who ascended the tower on June 10, 1889. The Eiffel Tower was originally only permitted to remain there for 20 years, but as the tower proved valuable for telecommunications, it wasn't torn down. On 12 January 1908, the first long-distance radio message sent from the tower.

The secret apartment of Gustave Eiffel

Gustave Eiffel had a private apartment at the third level, the top level, of the Eiffel Tower, 285 meters above the ground. Parisians would offer a lot of money to rent the apartment for just a single night, but Gustave Eiffel consistently refused, and almost no one was allowed access to it.

The apartment was not large, but it was extremely exclusive and in contrast to the wrought iron industrial girders of the rest of the tower, the apartment was almost cozy as can be seen on the above picture. 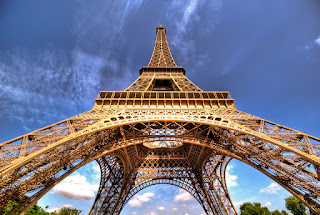 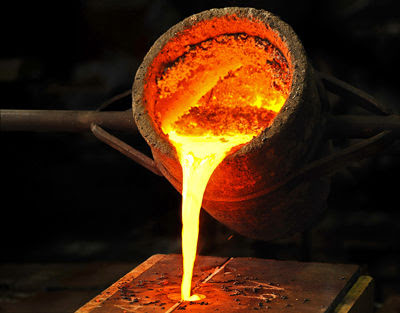 Castings vs. Foundry: What’s the Difference?